Throughout his life, Malcolm X’s political and theological views constantly evolved. However, several core elements never changed. One was his recognition of white supremacy as a global political system that had to be vehemently opposed. Malcolm explained, “The economy, the politics, the civil life of America is controlled by the white man.” Political scientist Charles Mills advances this analysis; the United States is often falsely conceived of as a raceless liberal democracy instead of what it actually is: a white supremacist state. 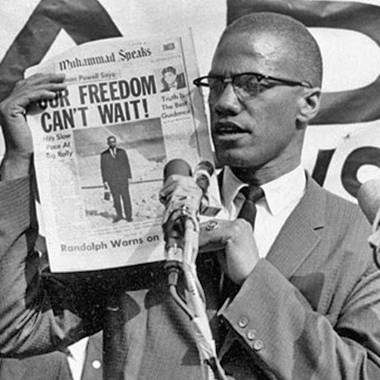 Malcolm X, in his autobiography, explains that this political arrangement had Black people confined to ghettos, living for mere survival and unable to aspire to higher ambitions in life. Within these ghettos, Blacks were subjected to unbearable living conditions.  He lamented that many of his childhood friends had the potential to be great mathematicians or scientists, but were instead victims of the white man’s world because they were born Black.

Malcolm X recognized how whites dominated People of Color politically, socially, economically, militarily and judicially. Consequently, there was no American dream, only an American nightmare.

Malcolm X recognized how whites dominated People of Color politically, socially, economically, militarily and judicially. Consequently, there was no American dream, only an American nightmare. A nightmare that resulted in Black people being trapped in a never-ending sequence of poverty, inferior education and living conditions, leading to an early death or prison.

Malcolm X characterized Black people as politically dead footballs thrown in a game played between conservatives and liberals. White liberals mastered the science of being an ally; i.e., posing as the friend of Black people and promising token gestures to win their allegiance, whereas White conservatives were overt in their disdain of Black people. 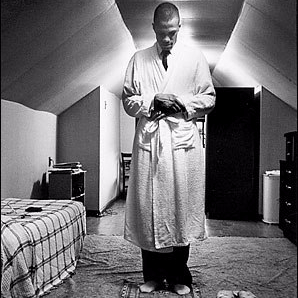 In the tradition of Black liberation theology, Malcolm X interpreted scripture and utilized the eschatological elements of theology, those dealing with divine judgment, to combat white supremacy. Malcolm X taught that, “It is only a matter of time before White America too will be utterly destroyed by her own sins, and all traces of her former glory will be removed from this planet forever.” In fact, his emphasis on piety among Black people was profoundly political: by ceasing immoral activities such as drug usage that were introduced during slavery and systematically inculcated by white slave masters, Blacks would come closer to God, and God would aid Black people in their struggle against white supremacy.

For Malcolm X, the struggle for Black liberation depended on God and not on white liberal “do-gooders.”

For Malcolm X, the struggle for Black liberation depended on God and not on white liberal “do-gooders.” Specifically, he believed that Islam would enable Black people who had been “robbed of a knowledge of self” to avoid the destructive lifestyles that white supremacy normalized in Black communities to keep Blacks in the “prison or early death cycle,” drug usage, fornication, adultery, profanity usage, drunkenness, stealing, cheating and gambling.

Islam’s ability to raise Blacks from the mud to avoid the prison or death trap of an anti-Black society was disdained by the white dominant class. In his speech,“God’s Judgment of White America,” Malcolm X noted,

Why is the American white man so set against the twenty-two million “Negroes” learning about the religion of Islam? Islam is the religion that elevates the morals of the people who want to do right.

Malcolm X recognized that anti-Islamic sentiments were a manifestation of white supremacy. Even when he parted ways from the Nation of Islam, Malcolm X maintained an Islamic commitment to empowering the Black community. He established the Muslim Mosque Incorporated, which was dedicated to promoting Islam as the cure to social problems in the Black community.

Malcolm X: The Negro Preacher to the Negro Imam 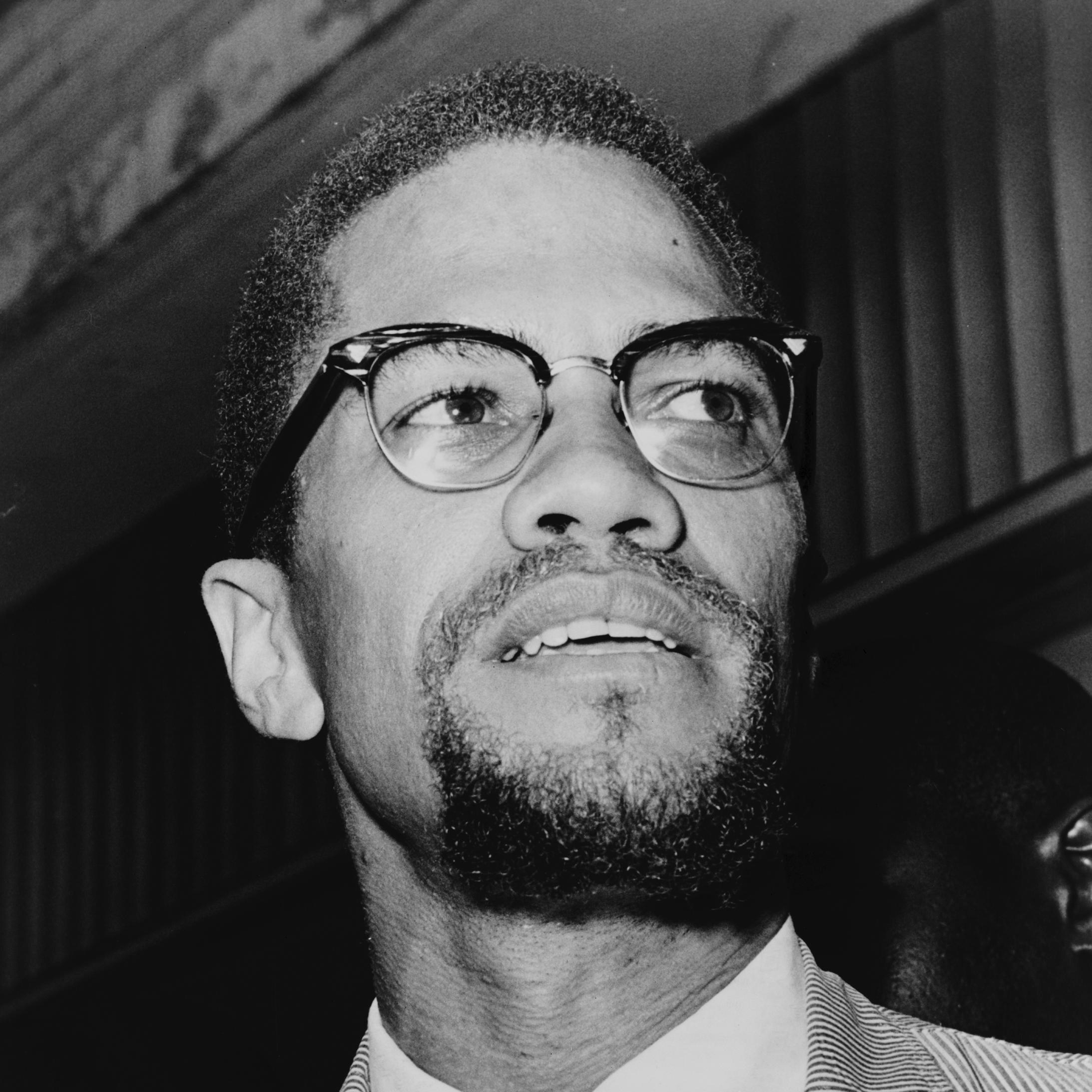 Malcolm X developed a very sophisticated critique of “The Negro Preacher” who worked to pacify Black people against the struggle to end white supremacy. Such a preacher treated the Bible as a dead letter scripture, which occurs when the rich stories and prophecies found within holy books are treated only as history and the power of theology is not being actualized upon to initiate a contemporary critique of anti-Blackness. In protest to dead letter scripture, Malcolm X criticized how Christian pastors would teach about Pharaoh in Egypt, but would not teach about modern-day Pharaohs and what civilization represented modern-day Egypt. The Negro Preachers, aligned with liberal democratic institutions, would never be sufficient to solve the race problem. According to Malcolm, since these Negro Preachers were educated in seminary schools operated by white slave masters or his descendants, they could only teach a doctrine of white supremacy. In contemporary times, Malcolm X’s analysis of the “Negro preacher” can be applied to the “Negro Imam.”

Unlike Malcolm X, the Negro Imam is silent on white supremacy as a global political system. Instead of being in urban centers answering theological questions of Black folks, the Negro Imam works in Muslim communities where he is subjected to continued racism. The Negro Imam soon understands that no matter how much Quran, Hadith, Sirah or Fiqh he knows, Muslim immigrants will still see him as a “nigg–.” Nonetheless, the Negro Imam is content with merely working within Muslim immigrant-built institutions instead of actively working to create independent Black Muslim institutions for Black power politics.

The Negro Imam is proud of his Islamic education, which is a product of either Muslim immigrant-built seminary schools or overseas Islamic institutions. He can wax poetically about Al Ghazali’s cosmological argument, Ibn Tammiya’s argument against the Greek logicians and other complex aspects of theology. But he fails to take the classical scholarship of Islam and make it relevant to the Black struggle today. He also fails to produce Islamic content for oppressed Black communities — which is the unfinished theological project of Malcolm X. Instead, the Negro Imam gives dead sermons that are irrelevant to the struggle of Black people. 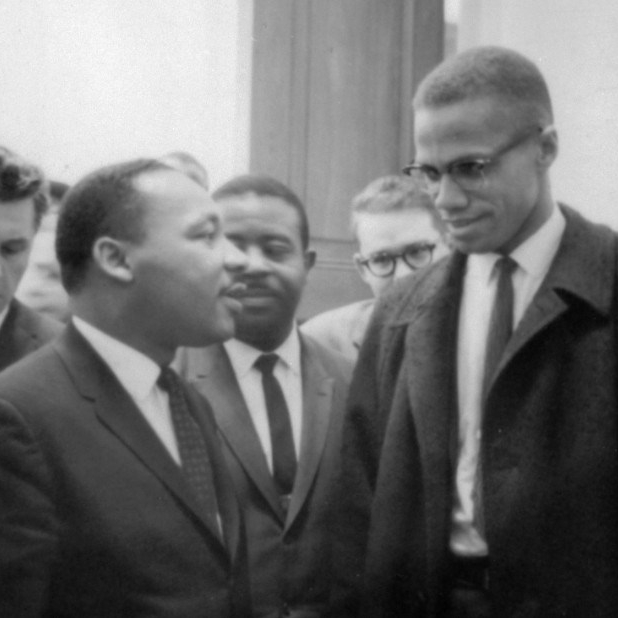 The Negro Imam is not in the ‘hood promoting the Sunnah and Islamic doctrines as the cure to social ills in the Black community in the tradition of Malcolm X. In fact, the apathy of the Negro Imam to evoke theology that counters anti-Blackness and establish Black Muslim institutions that empower marginalized Black communities in America is the reason Islam is no longer at the center of the Black struggle in America as it once was during the days of the Honorable Elijah Muhammad and Malcolm X.

In a discussion with Imam Amin Nathari, he told me, the Negro Imam is, “a mindset even more so than it is any one individual. But of course there are some who embody this mindset and display these traits more than others!”

Today, what the media considers to be the “mainstream Muslim community” in America is primarily South Asian- and Arab-controlled Muslim institutions. These organizations, who set the narrative for what is portrayed as Islam in America, often align themselves with liberal Democrats in contradiction to the Black power politics of Malcolm X and continuously marginalize strong Black Muslim voices.

These institutions oppose Islamophobia by focusing on how patriotic American Muslims are when Malcolm X in his famous “Bullet or the Ballot” speech stated, “No, I’m not an American. I’m one of the 22 million Black people who are the victims of Americanism.” These institutions oppose the travel ban by reverting to the narrative that Muslim Immigrants deserve the “American dream” — an American dream that was sustained by Black suffering. They see no contradiction between honoring Muhammad Ali and Muslim Americans who fought in imperial wars and subsequently became co-opted by the Democratic Party.

These Muslim immigrant organizations have public relations efforts largely designed to assuage white America’s fears about Islam. The Negro Imam affiliated with these 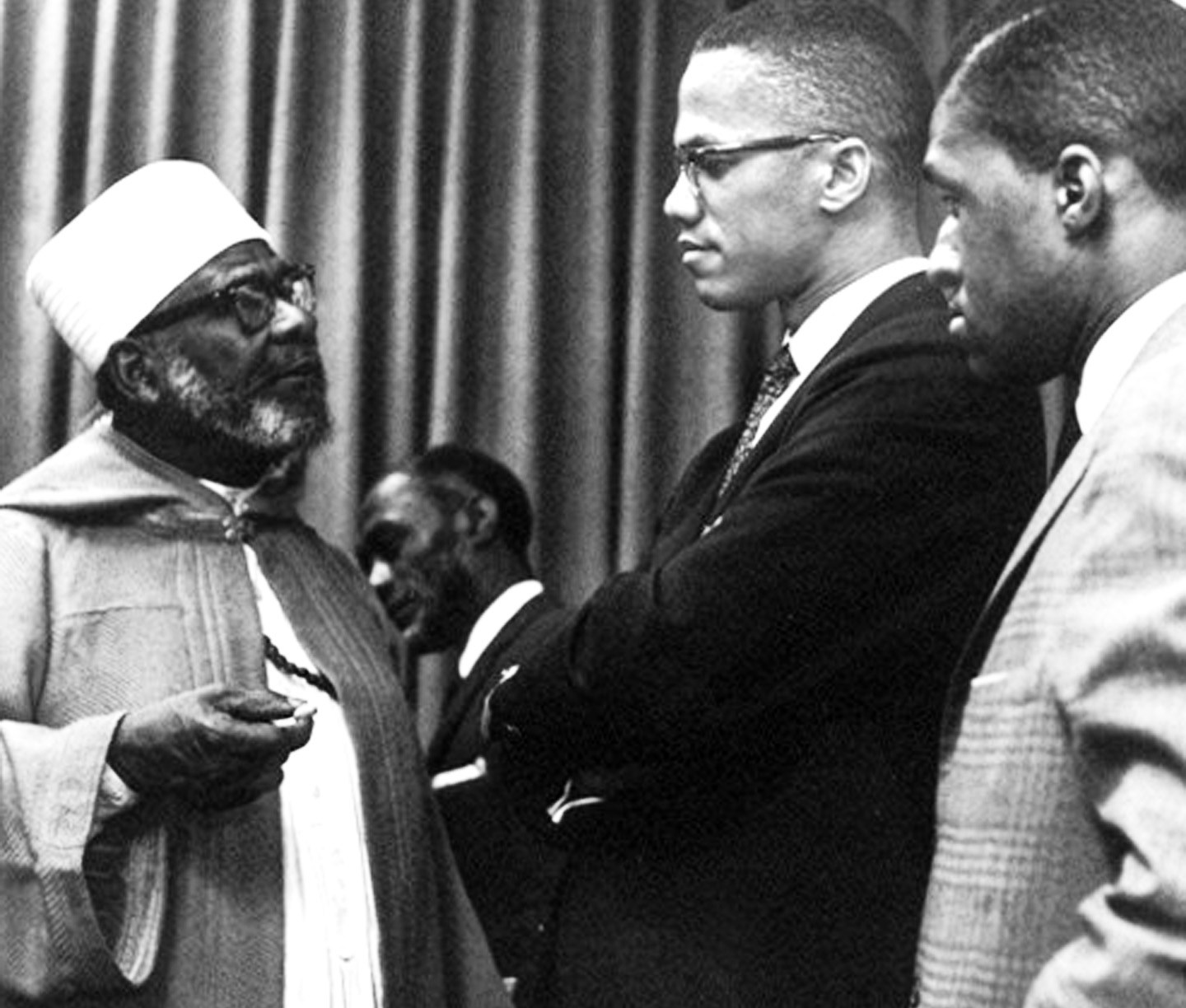 organizations will spend an entire career being a good “moderate Muslim” acquiescing to the white supremacist notion of collective guilt after the latest incident puts Muslims in a bad spotlight. This comes at the expense of having ministries actively addressing the spiritual needs of Black folks in the neighborhoods that are hardest hit by white supremacy and who through internal colonialism have been ostracized from mainstream America. The strict separation of religion from the lived material realities of Black people is the trick of secularism. Both the Negro Imam and Muslim immigrant institutions ultimately get subsumed by a theology that presents no credible threat to white supremacy.

As Black Muslims turn to Malcolm X for theological and political insights, not just as a social prop, they will seek to establish actual Black Muslim institutions that are firmly dedicated to ending global white supremacy. Black Muslims will look to the spiritual wisdom of our ancestors Uthman Dan Fodio, Nana Asma’u, Askia Muhammad and others to organize for Black power to actually dictate what the narrative for Islam in America means: freedom, justice and equality for the Black man and woman. To do this, Black Muslims should use the legacy of Malcolm X to engage the world.